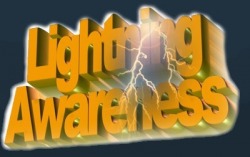 Lightning is an atmospheric discharge of electricity accompanied by thunder, which typically occurs during thunderstorms,
and sometimes during volcanic eruptions or dust storms.
In the atmospheric electrical discharge, a leader of a bolt of lightning can travel at speeds of 60,000 m/s (130,000 mph),
and can reach temperatures approaching 30,000 °C (54,000 °F), hot enough to fuse
silica sand into glass channels known as fulgurites which are normally hollow and can extend some distance into the ground.

There are some 16 million lightning storms in the world every year.

One of the Safety Reasons why a Car offers you Protection  in a Thunderstorm.

Below you see what Lightning does wenn it Strikes a Car. 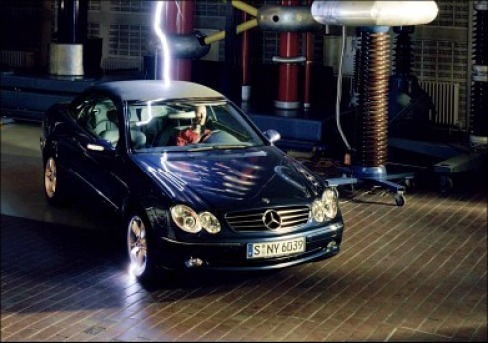 The picture below is taken during a nightly Thunderstorm, the same thing happens also during day time,

Never ever take shelter under a Tree !!

Ground-to-cloud lightning is a lightning discharge between the ground and a cumulonimbus cloud initiated by an upward-moving leader stroke.

It is much rarer than cloud-to-ground lightning.

Then the strike goes back to the ground as the return stroke. 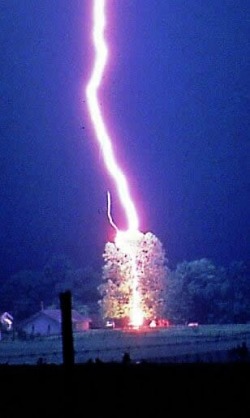 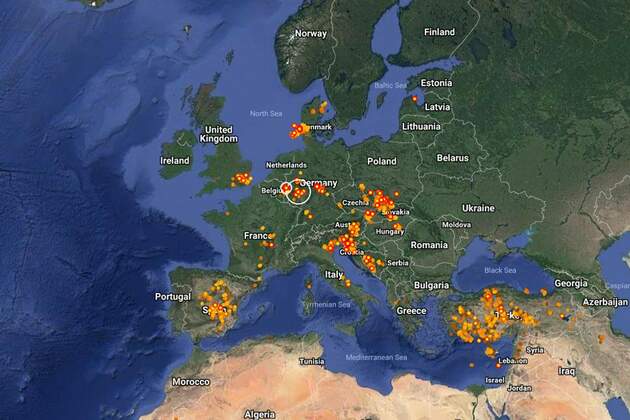 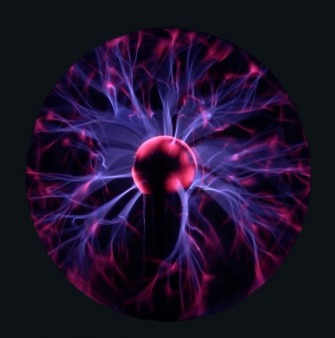