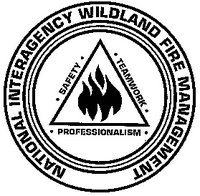 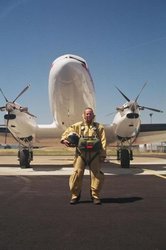 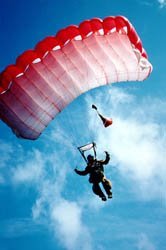 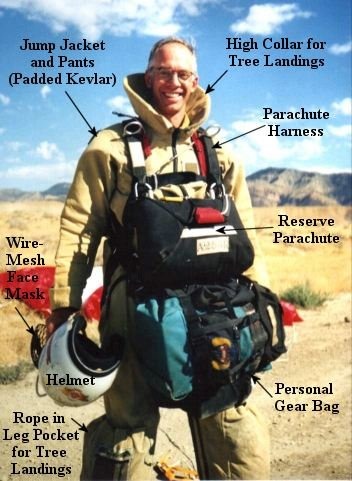 Smokejumpers are most often deployed to fires that are extremely remote.
The extra risk associated with this method is justified by reaching a wildfire shortly after ignition when it is still relatively small. Another argument for delivering wildland firefighters by parachute is that the fixed-wing aircraft that carry smokejumpers are cheaper to operate over long distances, carry more personnel and equipment and have higher top speeds than the helicopters often used for other fire deployments.
While remoteness is one reason parachute deployment is used, it adds to the risk inherent in smokejumping as crews are often hours away from help if the wind shifts or someone gets injured.

The ordinary risk of a parachute jump, the adverse conditions for the jump, and the lack of resources for firefighting and rescue once on the ground in a remote area give smokejumping a reputation as exceedingly dangerous work. !! 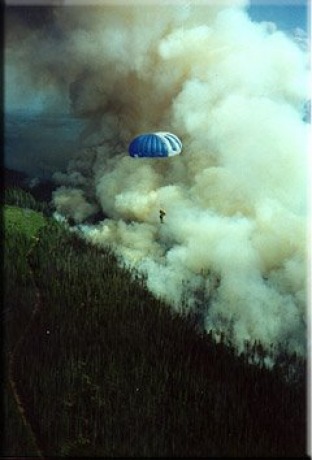 Typical smokejumper fires are small (under several acres), isolated, and in mountainous or very remote terrain.
Once on the ground, smokejumpers normally use hand tools such as pulaskis (a combination ax and mattock),
shovels, chainsaws and portable pumps to attack the fire.
If their initial attack fails, reinforcements can be called in, such as engine crews, hotshots, and local handcrews.
In practice, smokejumpers usually catch in excess of 97% of the fires they respond to,
although public exposure of the larger fires is understandably much greater.
Explosives are sometimes used in this role, having been first used on a fire by jumpers in 1974 as a fireline technique.
However, fireline explosives have proven to be expensive, time consuming, and ineffective due to the rapidly changing dynamics in the fire environment. 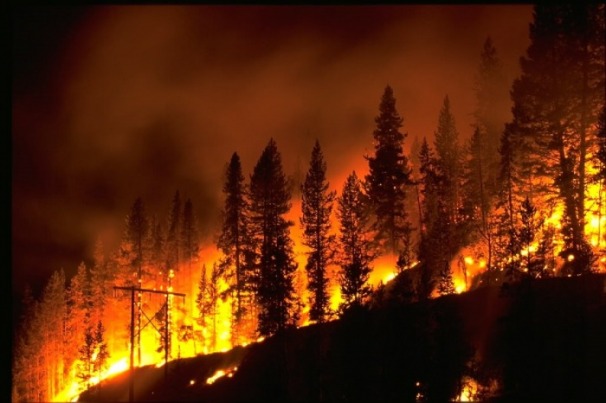 In a realistic assessment, the two delivery systems bring different advantages and disadvantages, as both the primary vehicles and delivery method (fast-roping vs. parachute) are so different in capability.
A typical smokejumper mantra is "Speed, Range, Payload".

Advocates of smokejumping believe that, due to their extreme initial-attack function,
Smokejumping is one of — if not the --
most cost-effective wildland Firefighting method employed in the U.S. today.

The Way We Handle Fire! 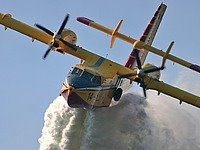 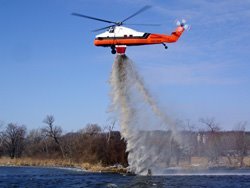 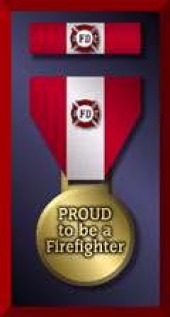 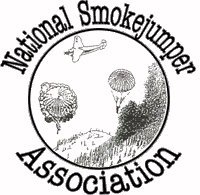 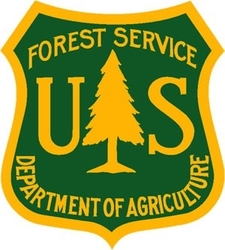 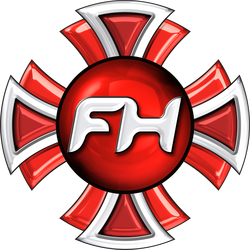